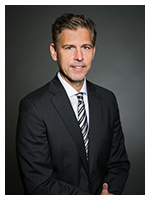 Jeff Bezos, founder of Amazon and the richest man on the planet, was in the news for a couple of reasons this week. One, for taking a sub-orbital space jaunt, and two, for his comments that some viewed as interstellar tone deafness: "I want to thank every Amazon employee and every Amazon customer, because you guys paid for all of this," said Bezos, whose net worth is approximately $214 billion.

I'm far from a history buff, but I like the History Channel series about the individuals who built America. Bezos' comments reminded me of a recent History Channel podcast and NCPA's outreach to the Federal Trade Commission.

"Robber barons" was a not-so-flattering term used to describe industrialists in the late 19th and early 20th century who helped inspire the need for the Sherman Antitrust Act. I wrote about the Sherman Act in April ("Antitrust reform can't come soon enough"). As a quick refresher, the Sherman Act was created to promote economic fairness and competition. It passed 51-1 in the Senate (the only vote against was by Sen. Rufus Blodgett, a one-term senator from New Jersey who was superintendent of the railroads for 25 years) and 242-0 in the House.

"Robber baron" was a pejorative term directed at monopolists who engaged in unethical business practices, exploited their workers, and cared little about their customers or competition. Names from that era that are often mentioned in the same breath with robber baron include John Rockefeller, Cornelius Vanderbilt, and J.P. Morgan.

The Federal Trade Commission was created in 1914, not coincidentally as the U.S. was trying to bridle in robber baron behavior and protect consumers from their one-sided practices. Community pharmacy has its own version of robber barons called PBMs. They produce some of the same anti-consumer, anti-small business, anti-competition results as the robber barons from more than a century ago. For many years, the FTC has allowed PBMs to grow bigger and exert their market leverage to the benefit of Wall Street shareholders and at the expense of small businesses and consumers. But lately there have been some signs of changing attitudes.

The Biden and Trump administrations are very different, but so-called "Big Tech" companies like Facebook, Amazon, and Google have drawn the attention of both. Just this month, President Biden signed an executive order directing federal regulators to look into the impact of corporate consolidations that have resulted in oligopolies in several industries including PBMs in health care.

NCPA has been a constant voice at the FTC for decades, flagging our concerns with the one-sided, take-it-or-leave-it PBM contracts, patient steering, and the problems with PBM-owned and -affiliated pharmacies that decide the reimbursement of their competitors. Since I last wrote on this subject, Lina Khan, a vocal critic of Big Tech, has been named FTC Chair. NCPA congratulated Khan on her appointment. A few weeks ago, NCPA General Counsel Matt Seiler was able to get a slot to present to the FTC commissioners in their first public forum and just last week, NCPA President Brian Caswell was able to speak to White House advisers about the need for anti-trust oversight.

There is momentum here for probes into what we contend is anti-competitive behavior. Change won't come easy or fast. The FTC provides guidance but it's Congress that makes laws and it's courts that referee those laws. There are 40 years of legal precedence in which courts have supported practices that have led to the current situation. It will take some time to evolve to a pro-consumer state. But the recent actions are encouraging.

Veterans deserve better than this

Get the most out of a great convention | NCPA Executive Update | September 30, 2022