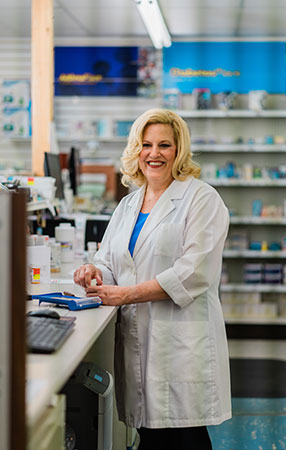 Vicki Schmidt brings 40 years of experience as a pharmacist to her new role as Kansas Insurance Commissioner. She will begin her four-year term on Jan. 14. Before her election in November, she served 14 years in the Kansas Senate.

Schmidt said she believes more pharmacists should run for public office. "The good things that happen in pharmacy policy aren't going to happen without all of us being involved." Being a public official has its challenges, she says, but "the opportunity to make a difference in people's life is incredible. I'm very thankful that I could be a public servant."

Each month, we spotlight a pharmacist who is an elected official and a champion for community pharmacy and the patients you serve. Read more about Vicki Schmidt in the January issue of America's Pharmacist®.

Get the latest on pharmacy COVID-19 testing