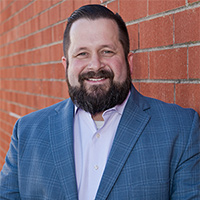 Paul became a pharmacy workflow and distribution expert through his experience at Parata Systems, a pharmacy automation solutions company, and McKesson Corporation in the Alternate Site Sales division. During his time within both the automation and wholesaler distribution industries, he has led high-performing sales teams, built strong customer relationships, and helped pharmacies grow their businesses by tens of thousands of prescriptions per year, and hundreds of thousands of dollars to their bottom line.

Paul is a Virginia Tech alum and 10-year veteran of the US Army. He lives in Central North Carolina with his wife Mara and two sons, Ben and Reilly. 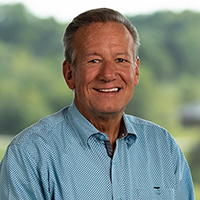 Doug is a pharmacist with nearly forty years of experience, primarily in LTC. He has started and operated three very successful LTC pharmacy operations and is licensed as a pharmacist in Michigan and California.

Prior to joining LithiaRX, Doug was involved in the PBM market working in a variety of areas, including rebate aggregation and backup pharmacy support. Doug is passionate for formulary management, optimizing drug therapy, maximizing pharmacy profitability, and improving access to medications for LTC patients. Doug received his pharmacy degree from the University of Minnesota and is a Fellow of the American Society of Consultant Pharmacists. He lives in Michigan with his wife Kim. In his spare time, Doug enjoys water sports, playing keyboard, and hanging out with his five young grandchildren.