Paul Ellwood was a physician and was dubbed the "father of the HMO." Things haven't turned out like he hoped they would. Be careful what you wish for.

Dr. Ellwood died last month at the age of 95. He worked as a Navy pharmacist's mate in World War II before going to medical school at Stanford University, then moving to Minnesota. He noticed that the quicker patients recovered and were discharged from the hospital, the worse the hospital performed financially. Rightfully, he thought that the incentives were out of alignment. In hindsight, his solution that physicians should be paid on the number of patients they treated rather than for each procedure was overly simplistic and has led to what I refer to as "assembly line health care"—health care services that may work OK for patients without health care needs that are nuanced or have complexities that require something other than standard care processes. At some point, almost every patient falls off the assembly line and needs customized care. Thank God for independent pharmacies to care for those patients who fall off the assembly line.

Sometimes a concept just needs a name that resonates for it to take off. Dr. Ellwood coined the term "HMO," and it grew like a weed in the 1970s and 1980s. It grew so much that it was a major piece of the Clintons' early '90s health care reform efforts which ultimately fell to the "Harry and Louise" buzzsaw. By that time, Dr. Ellwood was beginning to distance himself from what his concept had morphed into: too much focus on the cost of coverage than on the quality of care.

Dr. Ellwood's early days provide some insight into his perspective on managed care. His father was a family physician who made house calls into his 80s. Dr. Ellwood described him as a "medical missionary." As a child, he would be annoyed on Christmas Eve waiting in the car as his dad cared for patients. And, perhaps the most telling glimpse into Dr. Ellwood's mindset was his comment in a New York Times story: "To be an independent practitioner was never a goal. The autonomy aspect of it meant nothing to me." Unfortunately, Dr. Ellwood's personal views about independent practice have infiltrated health care. For the first time, a minority of medical practices are owned by physicians. And assembly line health care has been fertilizer for the growth of PBMs—which are unique to the U.S. and who oversee the highest drug prices in the world. Not a coincidence, IMO.

I think Dr. Ellwood was probably well intentioned. Sadly, he has passed away, but his brainchild lives on, and today's patients and providers are tasked with trying to put his wish back into the genie's bottle.

P.S. I've got two things I'd like for you to do—one in August and one in October. August is NCPA's Month of Advocacy, and I'd like for you to invite your legislators for a pharmacy visit. NCPA will assist you in setting up the visit. Scan this QR code. 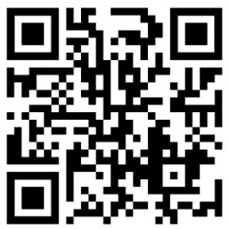 The second thing I'd like for you to do is register for the NCPA Annual Convention in Kansas City. It's Oct 1-4 and the theme is pharmacy teams so bring some of your key team members with you so they can think with you about how to grow your business.

Get the most out of a great convention | NCPA Executive Update | September 30, 2022

Jump into ‘specialty lite’ while you still can